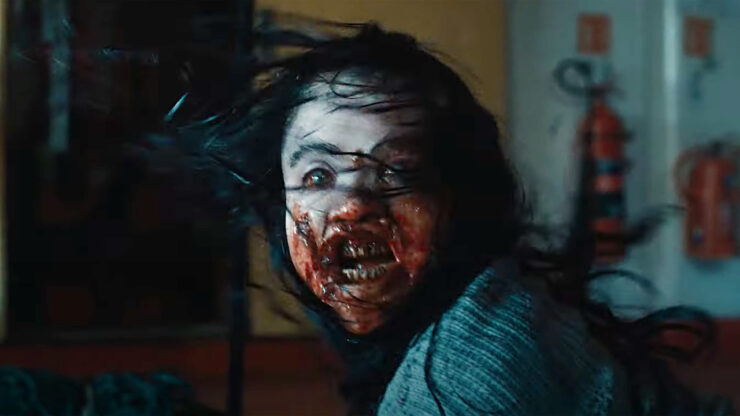 We’ve known for a couple of years that a new live-action Resident Evil Netflix series was in the works, and if you were expecting it might be a more subdued, mature treatment of the material, well, think again. Today as part of Netflix Geeked Week, the streamer revealed the first trailer for their Resident Evil series, and it feels more like a successor to Paul W.S. Anderson’s movies than anything inspired by Capcom’s games. A focus on new characters, a convoluted timeline, and over-the-top action and CGI creatures – all the Anderson staples are in plentiful supply. You can check out the first trailer for the series, below.

For those who haven’t been keeping up or were (understandably) confused by that trailer, Netflix’s Resident Evil series will focus on Wesker (played by The Wire’s Lance Reddick) and his daughters Jade and Billy. The story will follow a split timeline, both before the T-Virus outbreak and years after as the last scraps of humanity hold out against the monstrous hordes…

The Netflix series will tell its new story across two timelines. In the first, 14-year-old sisters Jade and Billie Wesker are moved to New Raccoon City. A manufactured, corporate town, forced on them right as adolescence is in full swing. But the more time they spend there, the more they come to realize that the town is more than it seems and their father may be concealing dark secrets. Secrets that could destroy the world. The second, more than a decade into the future sees less than 15 million people left on Earth. And more than 6 billion monsters — people and animals infected with the T-virus. Jade, now 30, struggles to survive in this new world, while the secrets from her past — about her sister, her father and herself — continue to haunt her.