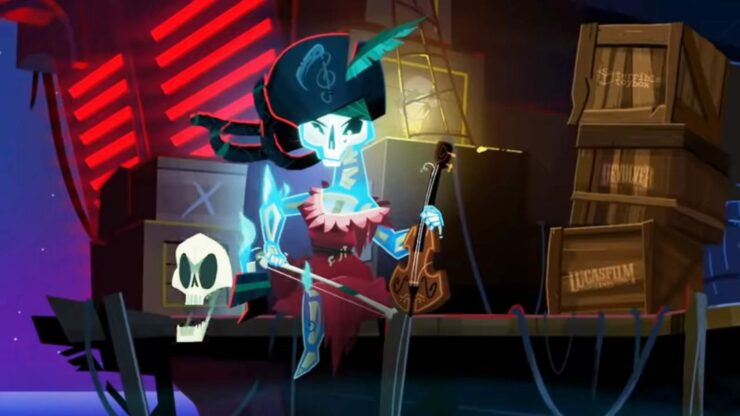 Return to Monkey Island is a return to the legendary series published by Devolver Digital with the help of the original series creators Ron Gilbert and Dave Grossman. While this is great in its own right, several people took issue with the upcoming game's stylized HD 2D look for the game, rather than 3D models or retro pixels.

It seems like some of those people was taking things a little bit too far since Ron Gilbert has made a public post on his blog stating that he will stop talking about the upcoming game. This decision was made following tons of unrelenting abuse from 'fans' of the series. Guybrush Threepwood actor Dominic Armato showed his disdain toward this sector of the community in a tweet:

(And those were the ones that he *didn't* moderate.)

The issue, once again, was with the game's graphical art style. The game's stylized HD visuals have definitely become a point of contention among some fans. Gilbert initially defended the art style in his blog, stating that the game had "a team of incredible artists, animators, sound designers, programmers, and testers all pouring their souls into this game and it’s beautiful to see, play, and listen to". This statement ultimately ended with him saying that while it may not be the style everyone would roll with, it's the style he wants.

He further defended this very principle during the blog post that preceded the comment shutdown by stating that:

It's an amazing game and everyone on the team is very proud of it. Play it or don't play it but don't ruin it for everyone else. I won't be posting any more about the game. The joy of sharing has been driven from me.

So, that's where we stand at the moment in terms of Return to Monkey Island. The game is set to release on PC and Nintendo Switch sometime in 2022.

The post Ron Gilbert will No Longer Post About Return to Monkey Island Following Abusive Comments by Ule Lopez appeared first on Wccftech.