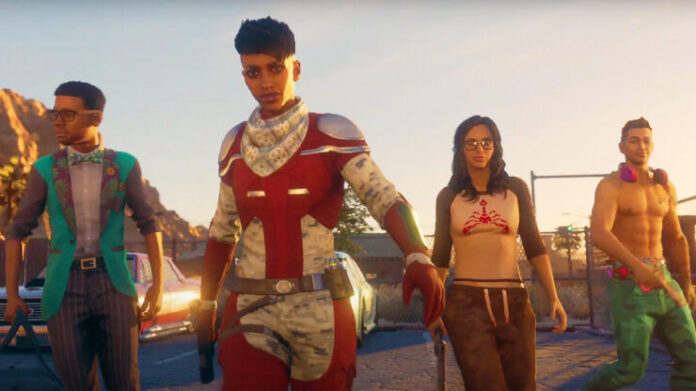 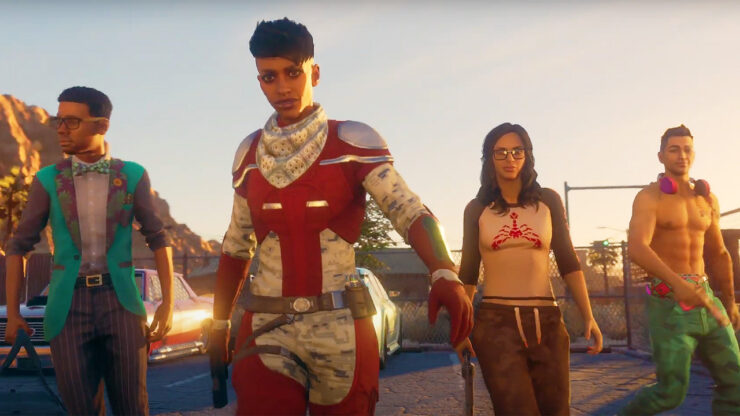 The new Saints Row is only a month away, but some questions remain about whether it will deliver on the technical front. Saints Row developer Volition isn’t as big as some other AAA studios, and the new game opts for a more realistic, detailed visual style, so will is measure up to the competition? Well, we now have a better idea thanks to the folks at Digital Foundry, who went hands-on with a pre-release build of the game and provided a ton of new gameplay.

Digital Foundry’s Saints Row preview session was running on a PC containing an i7-7700k and a GeForce RTX 3080 graphics card. The results are decent, although Saints Row, which runs on Volition's own in-house engine, definitely doesn’t feature the environmental detail, character designs, or eye-catching art style of today’s top open-world games. Issues like LoD pop-in are pretty obvious, although explosions look cool and are well-handled. The game does feature ray-traced ambient occlusion, but no reflections or global illumination. There’s also no DLSS or FSR support. According to DF, the RTX 3080 generally held up okay, but there was noticeable slowdown in larger open-world areas. That means we shouldn’t expect anything too ambitious in terms of console visual options – probably dynamic 4K/30fps and 1440p/60fps modes. But hey, enough of my preamble. You can check out the Digital Foundry video for yourself, below.

Haven’t been keeping up with the new Saints Row? Here’s everything you need to know about the game as well as a quick official description…

"Welcome to Santo Ileso, a vibrant fictional city in the American Southwest. In a world rife with crime, a group of young friends embark on their own criminal venture, as they rise to the top in their bid to become Self Made. As the future Boss, with Neenah, Kevin, and Eli by your side, you’ll form The Saints – and take on Los Panteros, The Idols, and Marshall as you build your empire across the streets of Santo Ileso and battle for control of the city.

Ultimately Saints Row is the story of a start-up company, it’s just that the business The Saints are in happens to be crime. Experience the biggest and best Saints Row playground ever created; the unique sprawling world of Santo Ileso is the backdrop for a wild, larger than life sandbox of thrilling side hustles, criminal ventures and blockbuster missions, as you shoot, drive, and wingsuit your way to the top."