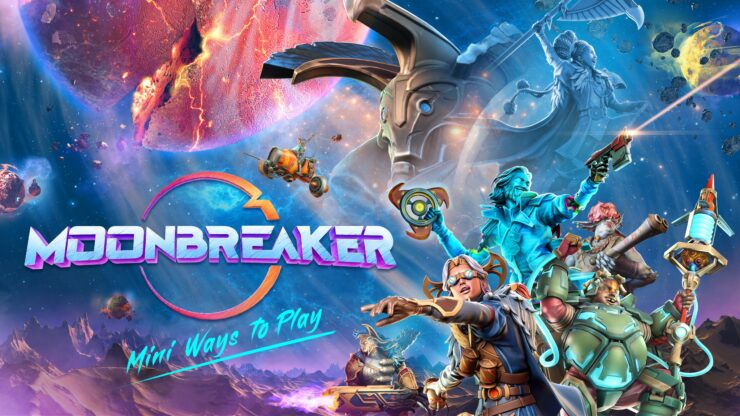 Subnautica series' developer Unknown Worlds has abandoned the terrors of the deep to work on a tactical turn-based game named Moonbreaker which will be set in a sci-fi world crafted by Brandon Sanderson, author of the Mistborn series, the final three books of Robert Jordan's The Wheel of Time series and many others.

Revealed with a trailer shown during Gamescom Opening Night Live 2022, the turn-based game by Unknown Worlds promises to set itself apart from other games not only for its sci-fi setting but also for its table-top inspirations and gameplay, which make the game easy to pick up but much harder to master. Being digital miniatures, players will also be able to customize their units using detailed and intuitive painting tools.

Moonbreaker is a turn-based strategy, tabletop tactics game developed by Unknown Worlds, the team behind the Subnautica series. It is designed to be a true digital miniatures experience, set in an expansive sci-fi universe crafted by best-selling sci-fi and fantasy author, Brandon Sanderson. Through accessible turn-based competitive gameplay, ongoing content releases, and deep customization, Moonbreaker offers a variety of gameplay experiences for all types of players.

Lead your Units in fast-paced, turn-based encounters with a never-ending variety of gameplay possibilities. Outsmart your opponents through strategic use of Ship Assists, Roster makeup, map knowledge, and more. Compete against other players online or play offline in a variety of challenges. It’s quick to pick up, hard to put down.

All Crew and Captains are unlockable through gameplay. Each Roster consists of Crew, Assists, and a Captain of your choosing. With more than 50 Units, Captains, and Assists at launch – and more added with each Season release – the Roster combinations are endless.

Every aspect of Moonbreaker is designed to capture the feel of a physical miniatures game without the real-world downsides. Unlock all Units through gameplay, play on maps with a stunning diorama look but none of the cleanup. Paint your Units using traditional painting techniques (but with an undo button!). Alternatively, marvel at beautiful alternate paint jobs created by the development team.

While the final release date has yet to be announced, interested players won't have to wait much longer to try out Moonbreaker themselves, as the game will launch as an Early Access game on Steam on September 29th. More information can be found on the game's official website.