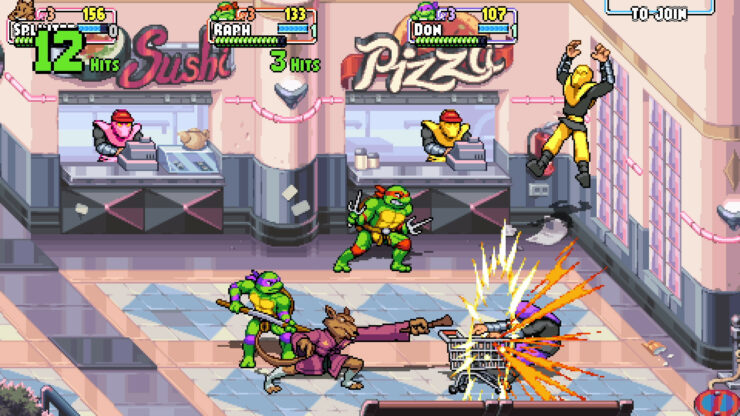 Teenage Mutant Ninja Turtles: Shredder's Revenge may release in a little over two weeks, according to new information that has been discovered recently.

PlayStation Game Size reported a few hours ago that the side-scrolling beat'em up by Dotemu will release on June 16th, according to information discovered on the PlayStation Database. This release date could be a placeholder, so we have to take it with a grain of salt until an official announcement is made.

Teenage Mutant Ninja Turtles: Shredder's Revenge launches on a yet to be confirmed date on PC, PlayStation 4, Xbox One, and Nintendo Switch. We will let you know when the game launches as soon as possible, so stay tuned for all the latest news.

Teenage Mutant Ninja Turtles: Shredder’s Revenge features groundbreaking gameplay rooted in timeless classic brawling mechanics, brought to you by the beat ’em up experts at Dotemu (Streets of Rage 4) and Tribute Games. Bash your way through gorgeous pixel art environments and slay tons of hellacious enemies with your favorite Turtle, each with his own skills and moves - making each run unique! Choose a fighter, use radical combos to defeat your opponents and experience intense combats loaded with breathtaking action and outrageous ninja abilities. Stay sharp as you face off against Shredder and his faithful Foot Clan alone, or grab your best buds and play with up to four players simultaneously!