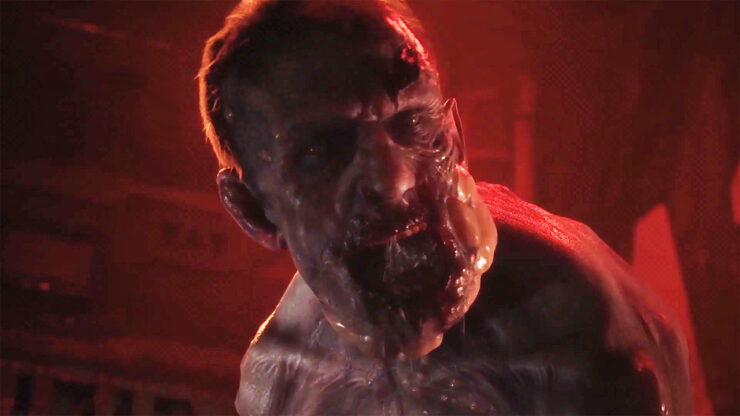 The Callisto Protocol, the new sci-fi horror game from Glen Schofield’s Krafton-backed studio Striking Distance has finally revealed what it looks like in action, and, well, there’s no mistaking it – this is Dead Space 4 in everything but name. The game’s first gameplay trailer serves up some truly revolting creatures, intense atmosphere, and plenty of gore and dismemberment. Everything you’d want from a Dead Space successor! Check out the trailer for yourself, below.

Looking damn impressive/disgusting! Whether it's "AAAA" is up to you. That said, while Schofield implied The Callisto Protocol would be next-gen only in the past, it seems it will still be a crossgen title. In a new blog post, Schofield went into greater detail about how Striking Distance is creating a sense of terror with the game. He also confirms the game’s main character Jacob will be played by Transformers and Battle Creek star Josh Duhamel… 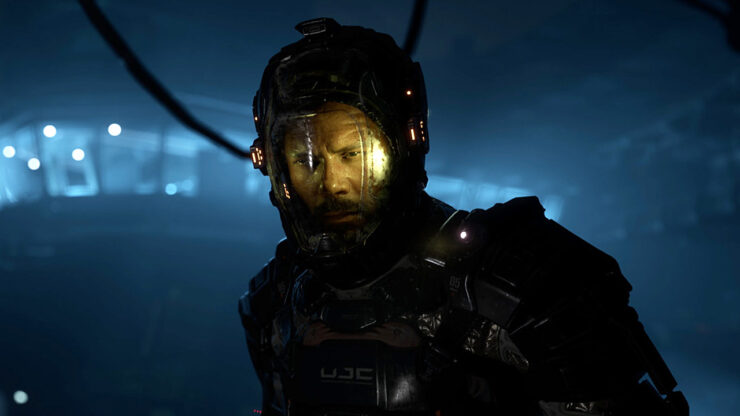 Horror starts with atmosphere.  Callisto is an oppressive world that feels desolate, isolated, and puts players on edge. We spend a ton of time designing the lighting to create a sense of dread and keep players guessing about what’s in the shadows. We also take full advantage of PS5’s 3D Audio capabilities and leverage acoustic ray tracing, diffraction, and portaling to fully immerse players in the world.  From the monstrous sounds of Biophage echoing down long dark hallways, to the ambient whirring of broken prison machinery, audio is a huge feature in making players feel trapped, isolated, and alone.

We also obsess over building and releasing tension. You can’t have jump scares around every corner.  Sometimes we space scares out to give players time to catch their breath, and sometimes we hit them with two or three scares in a row.  We want your heart to race with every tick of the PS5’s awesome haptics. From the satisfying swing of Jacob’s stun baton, to the heavy footsteps of a massive enemy, the PS5 helps us make players feel every moment of the pulse-pounding tension.

What would a horror game be without brutality?  Striking Distance Studios has designed a strategic combat system that forces players to get up close and personal with our horrifying creatures.  We seamlessly blend melee combat and gunplay with a unique gravity weapon called the GRP. Black Iron guards use the GRP to control the prison population, but it also allows Jacob to get creative in how he battles the Biophage.  Players can freeze a rushing enemy in their tracks, or even throw Biophage into a nearby turbine fan or environmental hazard to escape a seemingly dire situation.

The Callisto Protocol is a survival horror game, so players should feel helpless.  Jacob isn’t a soldier, and every encounter is a life and death struggle. Ammo, health, and weapons are precious, and players will need to scour Black Iron for any advantage they can find. And finally, the game needs to have an element of humanity. We want to give players characters that they care about, and a deep, immersive story that’s going to keep them guessing until the end. The role of Jacob is played by Josh Duhamel, who delivers a thrilling performance that brings the whole world to life.

The Callisto Protocol launches on PC, Xbox One, Xbox Series X/S, PS4, and PS5 on December 2.