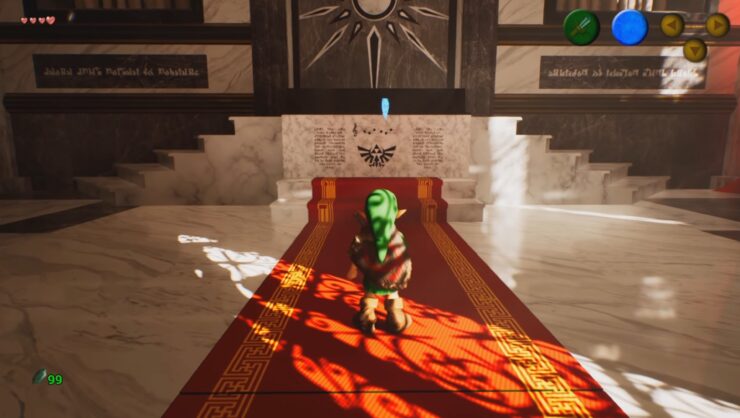 Having been released so many years ago, The Legend Of Zelda: Ocarina Of Time is a game that is in dire need of a proper, current generation remake. Instead of waiting for Nintendo to deliver such a remake, some fans took it upon themselves to develop such a remake, with some impressive results.

Among these remakes is the one created by CryZENx in Unreal Engine 4. The developer now ported their remake to Unreal Engine 5, complete with Lumen and NVIDIA DLSS support, and the end result looks great, as showcased in the video below.

Finally ported to UE5 and i dont regret one bit. There is so many new features that can boost up the development. Cant wait to take advantage of it. Also i present the new feature from UE5 called Lumen. That stands for Global illumination ( dynamic lighting ) without baking any light.

Also the project support DLSS from Nvidia. To the people that have a RTX. you can take advantage of it and get a 20% performance boost using it from Quality to Ultra Performance without any Loss quality.

The Legend Of Zelda: Ocarina Of Time Unreal Engine 5 Temple of Time demo is also available for download, but only for Patreon supporters. You can learn more about the project by heading here.

The Legend Of Zelda: Ocarina Of Time was originally released back in 1998 on the Nintendo 64 console, before getting ported to other Nintendo systems. The only official remake of the game has been released on the Nintendo 3DS console, featuring new controls and new features, like first-person shooting and more.