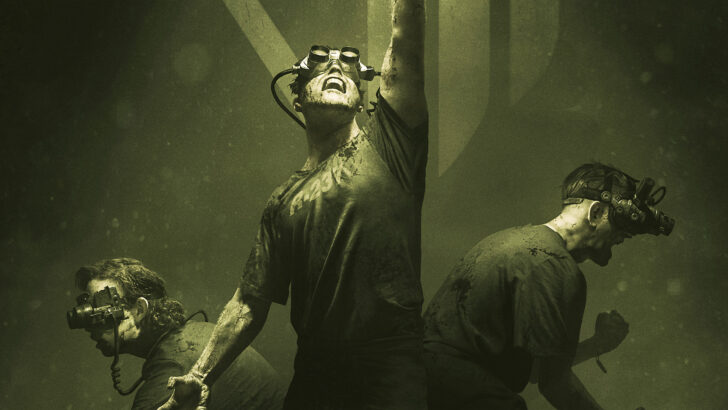 Since being announced back in 2019, information on Montreal-based developer Red Barrels’ new co-op horror game The Outlast Trials has been somewhat hard to come by. While we’ve seen some moody trailers, the question of how the game actually plays has largely remained. Thankfully, as the game’s closed beta kicks off, IGN has released a preview providing some new footage and information about The Outlast Trials, which you can check out, below.

As we’ve known since the beginning, The Outlast Trials is designed to be played with up to four people co-op style, with players being able to gather in a hub between sessions. In the hub you’ll be able to customize your character and prison cell, as well as socialize and engage in minigames (like arm wrestling) with other players.

As for the missions themselves, they’re classic Outlast – which is to say, lots of creeping around in the dark with no direct way to fight back. Managing your night vision, which runs on a limited battery system, will of course be crucial. That said, there are new perks, like the ability to see through walls with the X-ray rig. Players will be able to set their loadouts before a play session, which will be important, as your inventory is very limited (you can only carry three items at any one time). It will certainly be interesting to see how (or if) co-op enhances the Outlast experience. Frankly, the usernames floating around above your fellow players’ heads kinda feels like it may break immersion.

Haven’t been keeping up with The Outlast Trials? Here is a brief official description…

“Set in the era of the Cold War, human guinea pigs are involuntarily recruited by the good folks at the Murkoff Corporation to test advanced methods of brainwashing and mind control. In a world of distrust, fear, and violence, your morals will be challenged, your endurance tested, and your sanity crushed. All in the name of progress, science, and profit. Red Barrels invites you to experience mind-numbing terror, this time with friends. Work together and maybe you’ll survive The Outlast Trials. It’s always better to shit your pants in good company.”

The Outlast Trials is expected to launch on PC sometime in 2023. The game’s closed beta kicks off today (October 28) and runs until November 1. Sign-ups are still available on the game’s Steam page, so perhaps you can still get in for some horrific times with friends this Halloween weekend.

The post The Outlast Trials Showcases its Gruesome Action and Multiplayer Hub in a Preview Video by Nathan Birch appeared first on Wccftech.