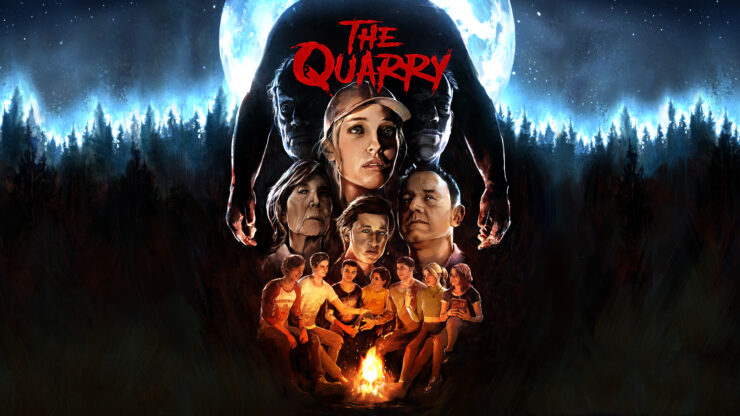 Supermassive Games has revealed both the minimum and recommended The Quarry PC requirements.

In order to be able to run this new cinematic horror title, PC players will need at least an AMD FX-8350 or Intel i5-3570 CPU combined with an NVIDIA GTX 780 / Radeon RX 470 GPU (or equivalent). 50GB of free space is required to install the game.

Supermassive recommends an NVIDIA RTX 2060 or Radeon RX 5700 GPU alongside an AMD Ryzen 7-3800XT/Intel i9-10900K CPU to enjoy this title to the fullest. Down below you’ll find the official specs, as provided by the developer.

The Quarry launches next month on June 10th for PC, Xbox Series X|S, Xbox One, PlayStation 5, and PlayStation 4. Be sure to read our "all you need to know" page about this upcoming title.

As mentioned above, The Quarry is an interactive survival horror drama following in the solid footsteps traced by Until Dawn, with additional influences from movies like Friday the 13th, Sleepaway Camp, The Texas Chainsaw Massacre, Deliverance, and The Hills Have Eyes.

Players will take control of nine characters as they attempt to survive the night at the titular Hacket Quarry summer camp, hunted by crazed locals drenched in blood and even by something described as far more sinister.

Like Until Dawn, the game features a fully branching plot where players' actions determine the fate of the characters and their relationships. According to Supermassive, each character can die in about a dozen different ways. This also affects the length of The Quarry, as the premature death of some characters can shorten playthroughs to around 7 hours, while the average is expected to be roughly 10 hours.

The death of a playable character can be averted with the Death Rewind mechanic. Ordinarily, this is unlocked after the first playthrough of The Quarry, but the Deluxe Edition includes it right away. The player gets to reverse a character's untimely demise up to three times in a playthrough.