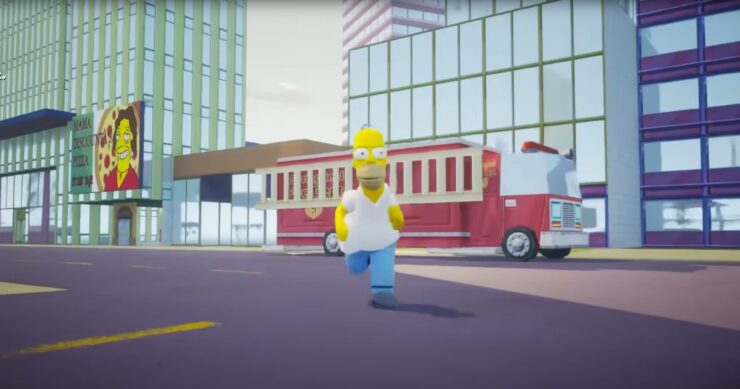 The Simpsons Hit & Run is a game that many still hold dear, and a modern remake would definitely be a popular release, especially if it improved some of the original game's most controversial features.

While an official remake is nowhere on the horizon, we can get a glimpse of how a modern, Unreal Engine 5-powered, remake of the game would look like thanks to developer Reuben Ward, who is working on one. The developer isn't just improving the visuals but is also turning the game into a proper open-world title with better vehicles, online multiplayer, and more. You can check out the first entry in a video series detailing the development process below.

The Simpsons Hit & Run was released back in 2003 on PC, PlayStation 2, Xbox, and GameCube, and it is considered one of the finest games based on the popular TV Show ever made. While the game was essentially a parody of Grand Theft Auto III and could feel a little repetitive over time, The Simpsons Hit & Run managed to stand on its own thanks to its amazing recreation of Springfield and its humorous approach, which is completely in line with the TV show the game is based upon.