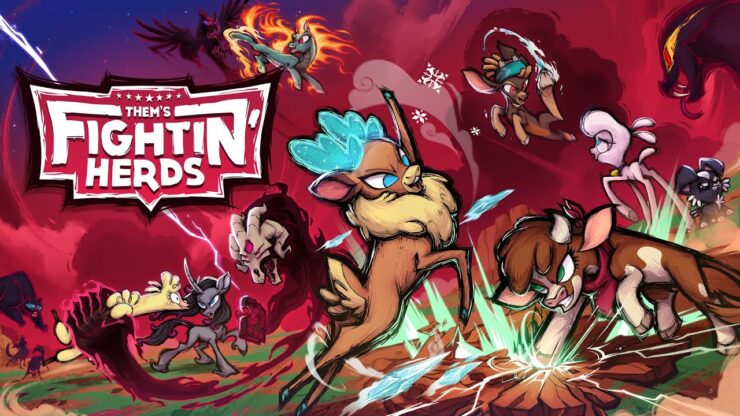 Them’s Fightin’ Herds’ updates and content continue to release at a steady pace, with its console release coming later this year, for instance. During the Summer Game Fest, at the PC Games Showcase yesterday, the game had another content update trailer shown.

Developed by Mane6 and published by Modus Games, the title’s updates have focused on ensuring a balanced experience all around, as well as adding newer features for players to use, such as new moves. The newest content update has a new trailer to go with it, which you can watch below.

Right away, the trailer shows off the big content update that every character now has; level 3 supers. Costing three bars of meter, they do a ton of damage to offset the heavy cost. This would essentially function as level 3 supers do in versus fighting games like Dragon Ball FighterZ or Ultimate Marvel vs. Capcom 3.

Last time there was an update for Them’s Fightin’ Herds, the game got confirmation of its first Season Pass and a console port with crossplay, with four bonus characters, lobby cosmetics, and stages, as well as pricing information relating to it ($19.99 for base game, $39.99 for everything). Currently, the game’s only out on Steam. One more thing to note is that the DLC character Shanty has also become free to acquire as part of the base roster.

As for the new 3.0 update, it was released yesterday, which means that you can go and download it right now and check out the game’s new balance update notes. Updating is as simple as finding the game in your Steam library and hitting the Update button; you won’t be able to play online without it.