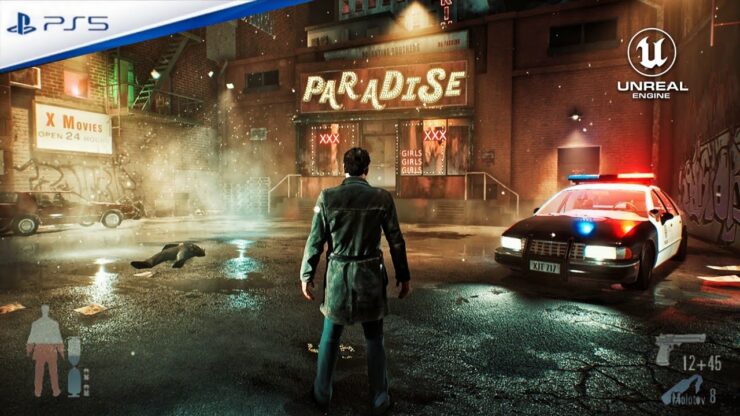 A Max Payne UE5 fan concept showcase has been released, which is fueling our hype for Remedy’s upcoming remake.

Back in April of this year, Remedy and Rockstar announced that they are remaking the original Max Payne and its sequel in Remedy’s proprietary Northlight Engine. Fast forward three months, and YouTuber 'TeaserPlay’ has now released a fan concept video of the original Max Payne in Unreal Engine 5, showing how Remedy’s upcoming remake could look like in Epic’s new game engine. The showcase is pretty spectacular and shows high-end graphics features, including Lumen, Nanite, Screen Space Ray Tracing, and Global Illumination. Check it out below.

Of course, this is merely a fan concept showcase and not an official trailer for the remake. In addition, as said, the upcoming remakes are running in Remedy’s own game engine instead of Epic’s engine. Still, the Northlight Engine is capable of beautiful things and this video might give an impression of how a current-gen remake of the 2008 classic could end up looking.

Remedy’s own game engine is used in the studio's recent titles, including Control, CrossFire X Story Mode, and Quantum Break. It features a next-gen physically based renderer combined with global illumination and particle lighting. In addition, the engine is capable of real-time playback and rewind of physics and large-scale destruction.

The Max Payne 1 and 2 remakes are currently in the concept development stage and slated for a release on PC, PlayStation 5, and Xbox Series X|S. A release date has yet to be announced.

“Max Payne has always held a special place in the hearts of everyone at Remedy, and we know the millions of fans worldwide feel the same,” said Remedy CEO, Tero Virtala. “We’re hugely excited to be working with our partners at Rockstar Games once again for the chance to bring the story, action and atmosphere of the original Max Payne games back to players in new ways.”