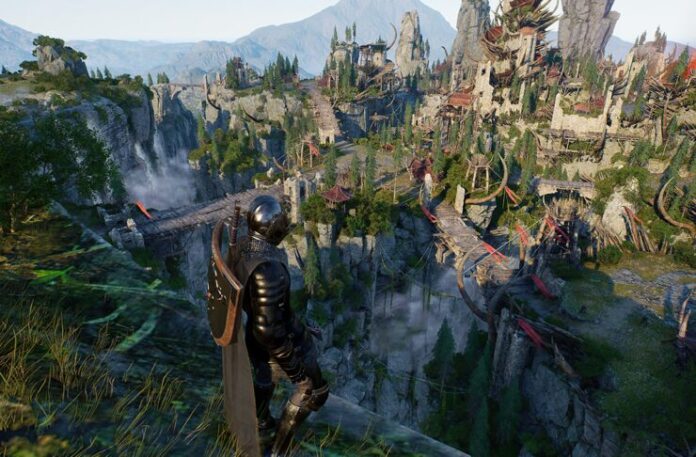 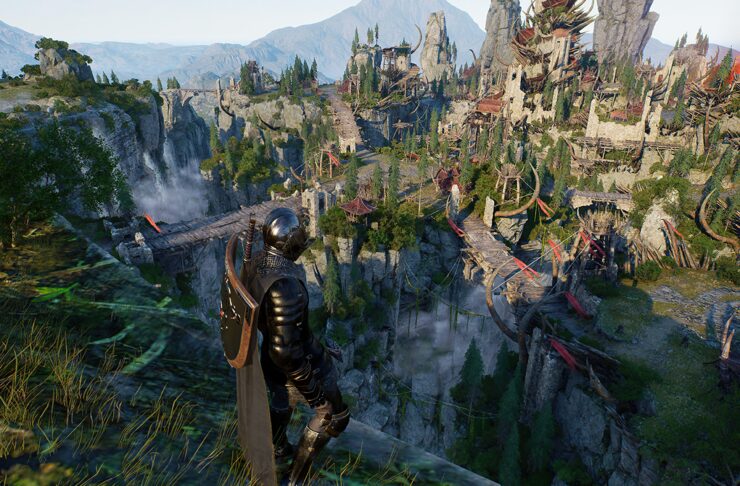 According to a report by the Korean website Money Today, NCSoft's Throne and Liberty MMORPG could be published by Amazon Games in North America and Europe. According to the source of the report, discussions between the two companies are still ongoing, but the probability of collaboration for Throne and Liberty is deemed to be high.

This wouldn't be the first time Amazon Games has struck an agreement with a South Korean developer to publish an MMO in Western countries. It already happened with Smilegate's Lost Ark, which launched on Steam last February and racked up some incredible player numbers, including the #2 place on Steam's all-time concurrent peak chart and the impressive milestone of 20 million global players. Granted, some of those were bots that have since been banned, but Lost Ark remains even now in the top #5 most played games on Steam.

Throne and Liberty was unveiled by NCSoft back in March. The MMO was originally meant to be Lineage Eternal, the next chapter in the company's most prized IP, but the developers eventually decided to make it a separate franchise altogether.

Not too much is known about the game, other than the studio's intention to create challenging PvE content such as raid-like boss fights. The developers opened a bit more about a slew of next-generation features that should make the game feel more alive, though.

For example, there have been various attempts to make field play less monotonous. Even in the same area, the terrain may change as the weather changes, the flow of battle may change depending on the direction of the wind, and you may encounter new mobs over time. Hunting methods and purposes are constantly changing accordingly. The field, the environment, and the player, these three factors influence each other, and we put a lot of effort into making the play come out in different ways, even in the same area.

In Throne and Liberty, environmental factors such as day and night, rain, and wind change every moment. For example, when shooting a bow, the direction and strength of the wind affect the range, and if you use lightning-type magic when it rains, a skill that only attacks a single target when it is sunny is changed to a wide-area skill. There are also things that affect the terrain. In siege warfare, there are several ways to infiltrate the castle, including through the castle's underground sewers. However, when it rains, these places can fill with water and turn into an unusable route.

The game was scheduled to launch this year on PC and later on consoles, too, though the aforementioned report surmises a delay into 2023 is possible.

The post Throne and Liberty MMO Rumored to Be Published by Amazon by Alessio Palumbo appeared first on Wccftech.