Tired of Your iPhone? You Can Easily Switch to Android Now 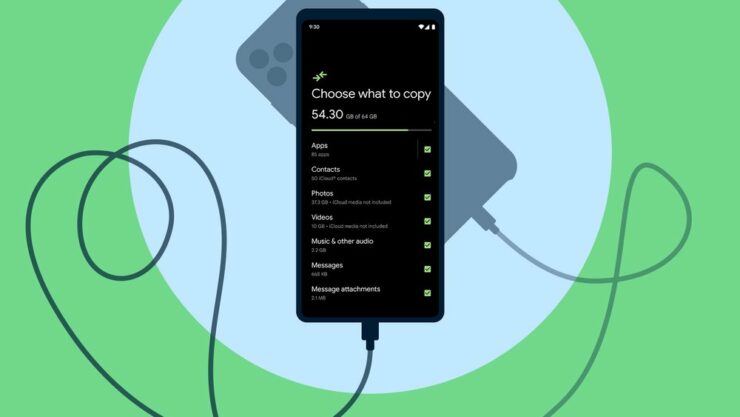 There was a time when switching from one phone to another, especially when the ecosystem was different, was no easy task. However, over the past couple of years, things have become a lot simpler, to be honest. Samsung has its Smart Switch, and almost every other Android phone has something to offer in terms of switching phones. However, if you wanted to switch from iPhone to Android, then things were tricky. Well, that changed when Google released the Switch to Android app, and the company has just updated the app to support a wider range of devices.

Users who are tired of their iPhones and want to switch to a Galaxy smartphone or any other phone for that matter are in luck as the Switch to Android app works flawlessly on all devices running Android 12.

For those wondering, the Switch to Android app allows you to transfer all your alarms, call logs, contacts, device settings, SMS, MMS, and iMessage texts, as well as media, custom wallpapers, WhatsApp chat history with media, DRM-free music, and free apps that are already available on both storefronts.

Sadly, if you are willing to switch from iPhone to Android, then you will need to have at least a device running Android 12 because this is not going to be possible on older versions, which makes sense, to be honest. At the moment, a lot of devices are indeed running Android 12, but the older ones are not, and therefore, the app cannot be used.

Needless to say, the new update to Switch to Android is definitely something that you should be trying out if you are looking to transfer your data from an iPhone to any Android phone. It makes everything super-convenient and there is little to no worries.

The post Tired of Your iPhone? You Can Easily Switch to Android Now by Furqan Shahid appeared first on Wccftech.