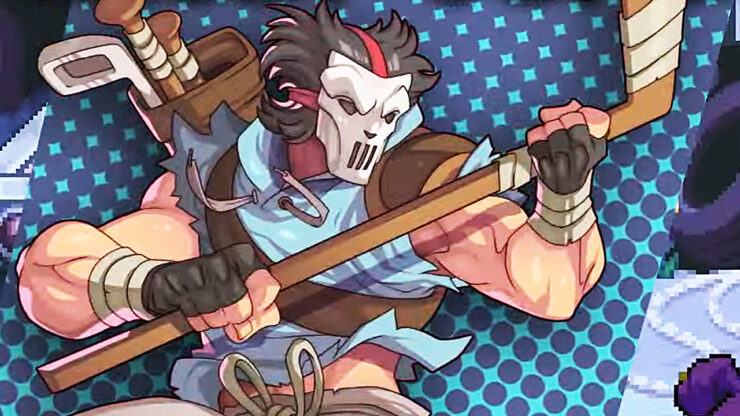 Rumors have been circulating, but today during the Summer Game Fest Kickoff Live show, it was confirmed that bodacious retro brawler Teenage Mutant Ninja Turtles: Shredder’s Revenge was coming our way this month. A new trailer revealed a final playable character – the hockey-stick-wielding badass Casey Jones – as well as the ability to play co-op with up to six characters, both online and off! Check out the TMNT trailer for yourself, below.

Bebop decked out in a suit with turtle-shell shoulder pads is an image that’s going to stick with me for a while. Do you want to see more? Here’s 10 minutes of Casey Jones gameplay, courtesy of PlayStation Underground.

A co-development between French studio Dotemu (Streets of Rage 4) and the Montreal, Canada-based Tribute Games (Flinthook), TMNT: Shredder’s Revenge looks to resurrect the feel of the old Konami brawlers while forging its own path. Here are the game’s key features…

Bash your way through gorgeous pixel art environments and slay tons of hellacious enemies with your favorite Turtle, each with his own skills and moves - making each run unique! Choose a fighter, use radical combos to defeat your opponents and experience intense combats loaded with breathtaking action and outrageous ninja abilities. Stay sharp as you face off against Shredder and his faithful Foot Clan alone, or grab your best buds and play with up to four players simultaneously!

Teenage Mutant Ninja Turtles: Shredder’s Revenge launches on PC, Xbox One, Xbox Series X/S, PS4, PS5, and Switch on June 16. So, are you ready to kick some shell, kids?