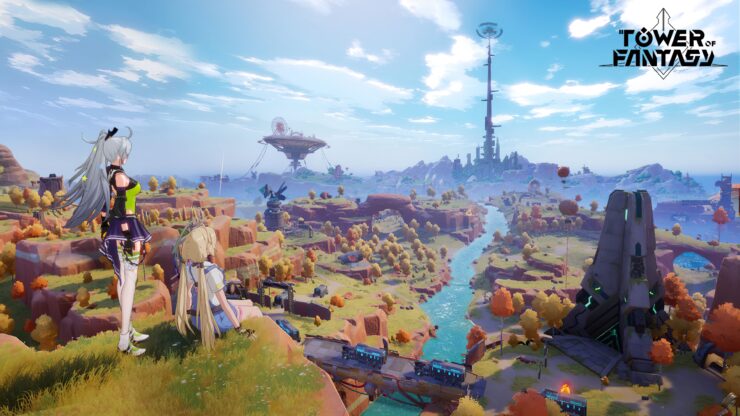 After fighting a battle, Shirli's unleashed power has caused her suppressor to burn out, therefore threatening to turn her into a monster. She asks her brother to kill her, but he can't do it, opting to seek help from the so-called Heirs of Aida, who ultimately hook Shirli to a machine and transform her into Nemesis.

Developer Hotta Studio also announced that over one million players have already registered to play Tower of Fantasy across various platforms (Steam, Epic Games Store, Google Play, and App Store). The sci-fi-themed game is scheduled to launch at some point in Q3 2022, published by Tencent's Level Infinite brand.

Tower of Fantasy is set on the lush and habitable alien world of Aida, where mankind has escaped due to dwindling resources and a lack of energy on the Earth to rebuild society. Once on Aida, humanity discovered an unknown but powerful energy called "Omnium" contained within comet Mara. They built the Omnium Tower to capture Mara, but due to Omnium radiation, a catastrophic disaster occurred on this new homeworld.

Primary and Secondary Quests - Players will find objectives through an innovative in-world guidance system that lets them track multiple objectives at once through well-marked overlay graphics.

Exploration - Lots of hidden areas and NPCs will be available for players to interact with and discover. Who can find the hidden soccer field, or have fun at the carnival-like Cetus island? Six huge regions await your discovery.

Cooking - Players can craft all kinds of food items that exist as health and powerups in the game in an adorable mechanized rice cooker.