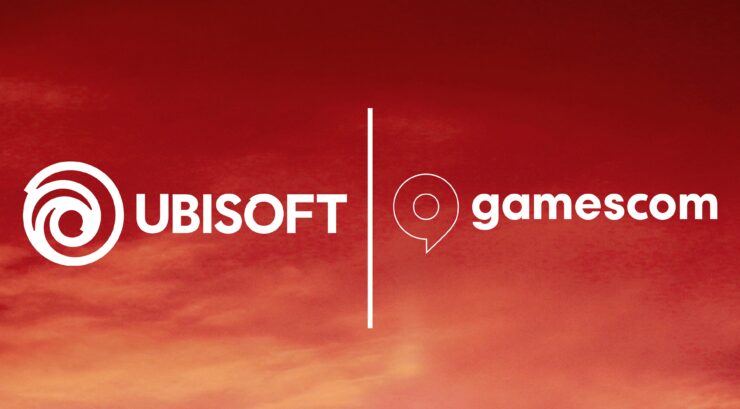 Ubisoft announced today that it will attend Gamescom 2022 (August 24-28 at the Koelnmesse in Cologne, Germany), unlike other major publishers like Nintendo, Activision Blizzard, Take-Two Interactive, and Sony which recently confirmed their absence from the German gaming fair.

Ubisoft was noticeably absent from all of the Summer Game Fest showcases. However, it has a large lineup of upcoming games to show and it seems like it has chosen Gamescom 2022 as the most appropriate venue to do so. Announced games include the free-to-play games The Division Heartland, XDefiant, Ghost Recon Frontline, Project Q; the mobile games The Division Mobile, Rainbow Six Mobile, Assassin's Creed Mobile; the VR games Assassin's Creed VR, Splinter Cell VR; the premium games The Settlers, Prince of Persia: Sands of Time Remake, Assassin's Creed Infinity, Beyond Good & Evil 2, open world Star Wars game, and Splinter Cell Remake. Then there are a few rumored titles, such as Assassin's Creed Rift, a sequel to Immortals: Fenyx Rising, a new 2.5D Prince of Persia game in development at Ubisoft Montpellier, and The Crew 3.

Assassin's Creed Rift is expected to be unveiled at a special event scheduled to broadcast at some point in September. The game could be released in this fiscal year (before the end of March 2023) alongside others that have been expressly confirmed by Ubisoft, such as Avatar: Frontiers of Pandora, Mario + Rabbids: Sparks of Hope, and Skull & Bones. The latter game in development at Ubisoft Singapore appears to be on the verge of a re-reveal, which could take place in July according to Tom Henderson. Skull & Bones was even rated by the ESRB last week for PC, Stadia, Xbox Series S|X, and PlayStation 5.

This is a naval-combat action game in which players assume the role of a shipwrecked outcast on a journey to become a pirate captain. As players take on missions, they can explore settlements and engage in dramatic sea battles. From a first-person perspective, players command their crew to shoot cannons at rivals (e.g., warships, merchant ships, settlements/forts) in attempts to obtain loot/goods. Enemy ships can be rammed and boarded, resulting in brief cutscenes of crew members shooting or slashing at each other. Combat is highlighted by gunfire/cannon fire, explosions, and blood-splatter effects. Some territories depict corpses impaled on spikes or hanging from nooses; beaches may depict corpses and large bloodstains in the aftermath of battle. Settlements occasionally contain brothels and prostitutes that call out to players when approached (e.g., “Come spend your coin all over me”; “The price of my a*se goes up tomorrow, so buy a piece today!”). Players can also engage in quests to bring poppies to opium dens, which are depicted with patrons lying on couches smoking pipes. The words “f**k” and “sh*te” appear in the dialogue.

The post Ubisoft Will Attend Gamescom 2022 by Alessio Palumbo appeared first on Wccftech.