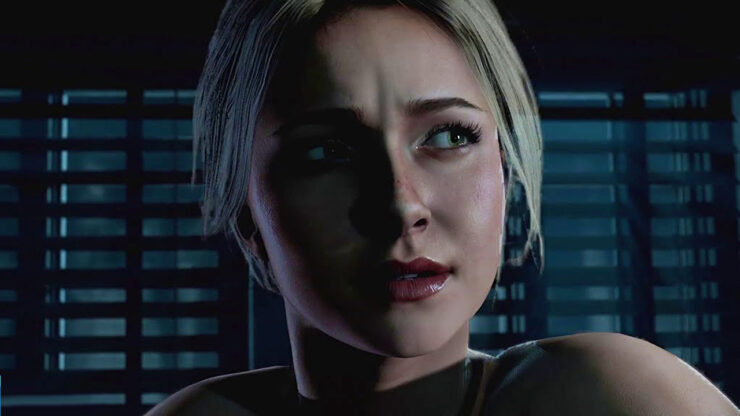 For a while, Sony and developer Supermassive Games had a rather productive partnership, with the latter creating the cult-favorite Until Dawn and various experimental titles like Hidden Agency and The Impatient for PlayStation. Unfortunately, the relationship seemed to sour for some reason, with Supermassive moving on to produce projects like The Dark Pictures Anthology and The Quarry for other publishers. Well, it seems like at least some of the folks who made Until Dawn a success are once again working with PlayStation.

While no big official announcement has been made, ResetEra user Toumari took notice of a new studio named Ballistic Moon, which was co-founded by former Supermassive senior programmer Chris Lamb. Several other Supermassive vets, including creative director Neil McEwan and motion capture director Joshua Archer, are also on board. According to Ballistic Moon’s Twitter feed and website, they’re working on a major Unreal Engine 5 project for a “big AAA publisher.”

Who might this publisher be? Well, apparently, a motion capture actor let slip they’re working on something called “Project Bates” under director Joshua Archer for Ballistic Moon and Sony Interactive Entertainment. So, it seems at least some of the Supermassive band are getting back together to do something with Sony.

As for what kind of game it might be, various Ballistic Moon job ads claim the project will feature “emotive” performances, and images of motion-capture sessions very similar to the ones done for past Supermassive games have already been posted…

A snippet from Nicole's incredible performance: this #mocap was specifically designed to capture Nicole's facial data to use for our #game character. We wanted an emotive performance, and she delivered! Outstanding work, Nicole!

Ballistic Moon has also retweeted the trailer for Halloween Ends with the hashtag #inspiration, and Project Bates sure seems like it could be an on-the-nose reference to Psycho. So yes, take this all with a grain of salt for now, but clues point to Ballistic Moon working on a cinematic, performance-heavy horror title of the type Supermassive specializes in. Perhaps something for the upcoming PSVR2?

The post Until Dawn Vets Seemingly Working on an Unreal Engine 5 PlayStation Game at a New Studio by Nathan Birch appeared first on Wccftech.