V Rising Gets Over the Shoulder Mod, Passes 1.5 Million Sales 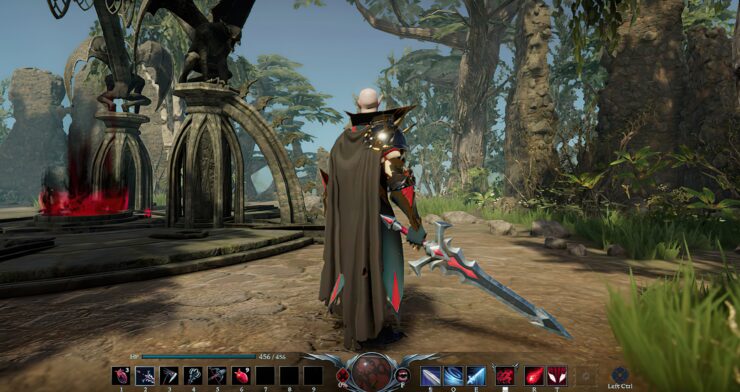 The developers have also teased what's next for V Rising in terms of updates.

Our primary focus right now is bug fixes, balance changes, server optimization, and quality of life improvements. The next step will be to analyze all the data and feedback from the first weeks of Early Access to make sure we can nail the master plan moving forward. We’re already working on new material to inject more life into Vardoran, but improving on the game is more than just adding more content on top of what we already have. We’ll have to improve on the entire journey to make sure V Rising will reach its full potential.

The massive support V Rising received will not only give us the opportunity to finalize our plans for the game, but it will also give us enough time to include some of your darkest dreams of what the experience can look like at the full release. We can promise you something very special for 1.0! With time… There will be more weapons to wield, loot to plunder, and sorcery to conjure. There will be more V Bloods with new challenges, lands to explore, and further ways to enhance your castle to express your vampiric glory. A world that will feel fresh to dive in and sink your teeth into again and again. The vampire’s journey is far from over.

Meanwhile, there are already a couple of noteworthy mods available for V Rising, such as the Modern Camera mod that allows players to enjoy the game from an over-the-shoulder perspective instead of the default top-down view. Another mod called Hide Interface lets you take screenshots of the game world without the interface after pressing the F11 key binding.

This is likely just the beginning of the V Rising modding scene, and we'll keep you updated with the most interesting mods.

The post V Rising Gets Over the Shoulder Mod, Passes 1.5 Million Sales by Alessio Palumbo appeared first on Wccftech.