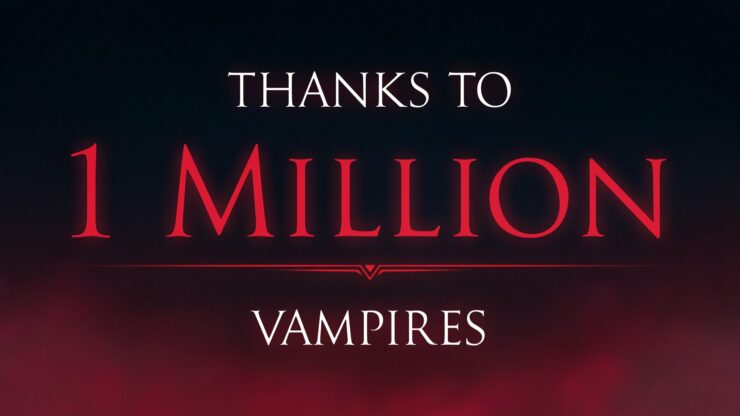 V Rising continues to sell extremely well after its Steam Early Access debut. It had surpassed 500K units sold in the first three days, and now developer Stunlock Studios announced to have sold over a million units in just over a week since the launch. The survival action game where you play as a newly awoken vampire also has a very positive (87%) rating from user reviews.

Of course, that doesn't mean there is no constructive feedback from the community. One such request from early adopters, the ability to play entirely offline, got added to V Rising with today's patch.

We have now enabled LAN Mode, allowing players to play V Rising without an internet connection. Players can activate this mode within the host game screen and when starting up the server. LAN Mode can be played solo or with friends on the same local network. Please keep in mind that we will work on improving the LAN Mode as we continue to develop V Rising during Early Access.

To play V Rising without an internet connection you need to follow these steps:

Before you disconnect from the internet you need to

We also added the feature to send server-wide messages. On GPortal servers, a message will show up in the chat when a server restarts as part of its maintenance routine, warning players to get to safety before the server shuts down. The expected downtime for server restarts can last up to a minute. Other server hosts can use this new feature to send important messages to players on a particular server.