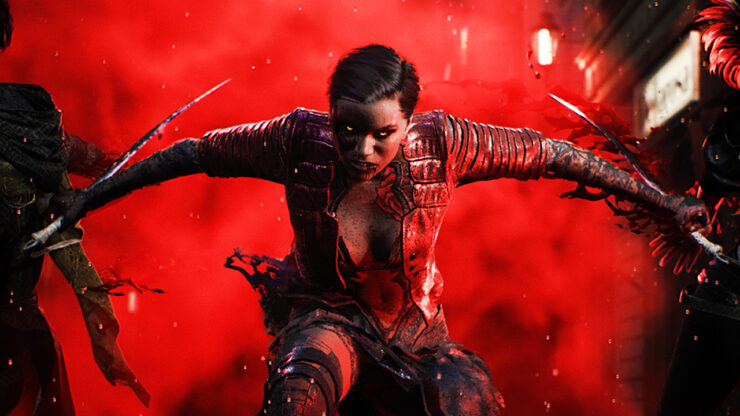 Crossplay is usually a welcome feature, but it can lead to its own set of headaches if developers don’t ensure those on all platforms with potentially different control schemes are competitive. Sure, those playing with a keyboard and mouse are usually going to have at least some advantage over folks on controllers, but in a well-designed game the gulf shouldn’t be too wide. Unfortunately, that’s not really the case in the recent F2P battle royale Vampire: The Masquerade – Bloodhunt. Folks have been complaining that those playing on PS5 with a controller simply aren’t competitive, leading developer Sharkmob to pause their new Ranked mode while changes are implemented.

Hello Bloodhunt community! After careful evaluation, we have decided to pause Ranked mode temporarily until the new update arrives. We hope the new balance changes and gamepad improvements will increase the mode's popularity again and make matchmaking viable once more.

In a blog post, Sharkmob detailed some of the changes those playing with controllers can expect…

The most important thing for us when designing the game is that players have fun. Like that’s it, that’s the goal. The major thing that we want to address with this patch is YOUR feedback... along with some pesty bugs! Speaking of feedback, one major thing that we are getting a lot of feedback on is the controller. The aim assist is too weak, the controller feels a bit too difficult to aim with and that you want more options. So, whilst we’re working on fixing, updating, and reworking a wide range of controller features, here’s what we are looking at in the short term.

Firstly, our current response curves are set up to allow for small movements as well as quick turns. Great!? Well in theory yes, but in practice we failed you. The movement of the stick can feel unwieldy and rather uncontrollable where moving your thumb a small bit can move the camera A LOT. It's too far from a 1-1 with how much you move your thumb. The curve is unpredictable, and on top of that acceleration kicks in to make the player feel that extra lack of control. The thought behind it was smart, allow for small movements when aiming, and larger movements when traversing, but it strayed a bit far from what feels normal. These biiiiig movements in the response curves counteract our aim assist and makes the aim slowdown not really work.

The quickest and biggest changes we could safely push are a part of this patch. We have tweaked the current system, replaced our dynamic response curve with a more traditional exponential curve, set the acceleration to a fixed speed and adjusted the AA to fit what we have. We feel like this is a great step in the right direction, but we’re only at the beginning of the road. Stay tuned for a follow-up article where we deep-dive into reworking the controller look, aim, scope turn rate, aim assist and settings so that you can customize your game experience.

If you’d like to more specific, nitty-gritty details about changes the next Vampire: The Masquerade - Bloodhunt update will bring, you can check out Sharkmob’s full blog post, right here.

Vampire: The Masquerade – Bloodhunt is available now on PC and PS5. The game’s next update, which will include improvements for those playing with a controller, will arrive sometime in June.

The post Vampire: The Masquerade – Bloodhunt Pauses Ranked Mode as PS5 Controller Play is a Mess by Nathan Birch appeared first on Wccftech.