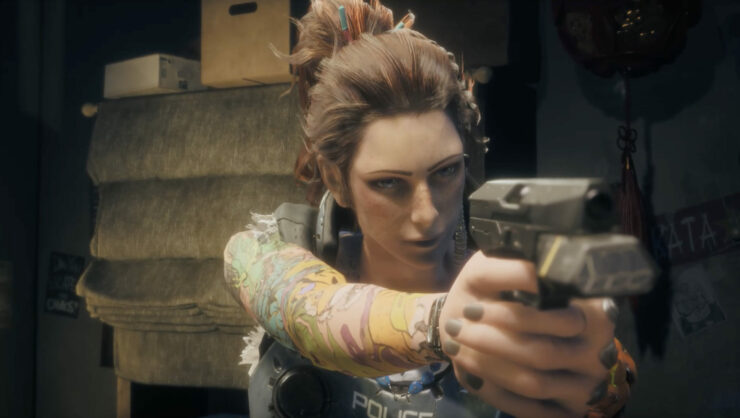 Soleil Interactive has released a new trailer for Wanted: Dead, a hardcore action game developed by Soleil (known for games like Ninjala, Samurai Jack: Battle Through Time, and Devil's Third), has been released today. The trailer also revealed that last-gen versions of the game will be added to the rollout of ports the game will have.

Let's get the new trailer out of the way. You can watch the latest Wanted: Dead trailer below:

Wanted: Dead is a hardcore action game developed by former Ninja Gaiden leads like Hiroaki Matsui and Yoshifuru Okamoto set in a dark and dangerous version of sci-fi Hong Kong. The game follows a week in the life of the Zombie Unit, an elite Hong Kong police squad on a mission to uncover a major corporate conspiracy.

Here's a brief overview of the game according to Soleil:

Players assume the role of Lt. Hannah Stone, leader of the “Zombie Unit”, an elite team who work outside the purview of the traditional police force. Taking inspiration from the likes of Devil May Cry and Bayonetta, a deep combat system will give you the opportunity to take on enemies up-close and personal, or engage with guns from a distance, with cool slow-motion sequences, and a limb-severing mechanic that changes enemy attack patterns adding style and substance to combat encounters.

Offering a change of pace to Wanted: Dead's adrenaline-pumping combat, non-combat sections and the chance for Lt. Stone to chill at the HQ to consume food and drinks for buffs gives the game intriguing variety, as well as offering players the chance to soak in more of its rich lo-tech sci-fi world.

Wanted: Dead is going to be released on PlayStation 4, PlayStation 5, Xbox One, Xbox Series X|S, and PC in Q4 2022. Stay tuned for more details regarding this upcoming video game.

The post Wanted: Dead Launches in Q4 2022; PlayStation 4 and Xbox One Versions Announced by Ule Lopez appeared first on Wccftech.