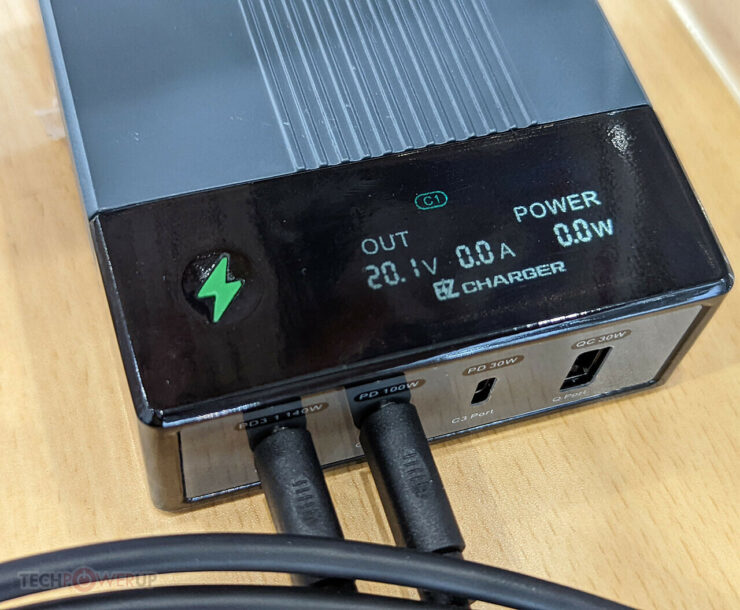 At this year's Computex 2022, company Wii Power, not to be confused with the Nintendo Wii series of consoles, presented their newest Gallium Nitride (GaN) chargers to convention attendees. Within the line of chargers on display was a GaN laptop charger, focused on mobile gaming PCs, with a hefty 340 W power supply.

The 340 W GaN-based laptop charger from Wii Power is possibly the most substantial wattage power seen in the current marketplace. Readers will note that the GaN charger is only a conceptual design and not the final product. Still, it does allow Computex attendees to glimpse into the future of charging, especially for gaming laptops.

The GaN charger measures 150 x 86 x 34 mm for the power brick, delivering 20 volts as high as 17 amperages throughout the attached power cable. Integrated into the brick is a USB-C port to support USB PD and other compatible charging standards, with an expected 45 W of power. 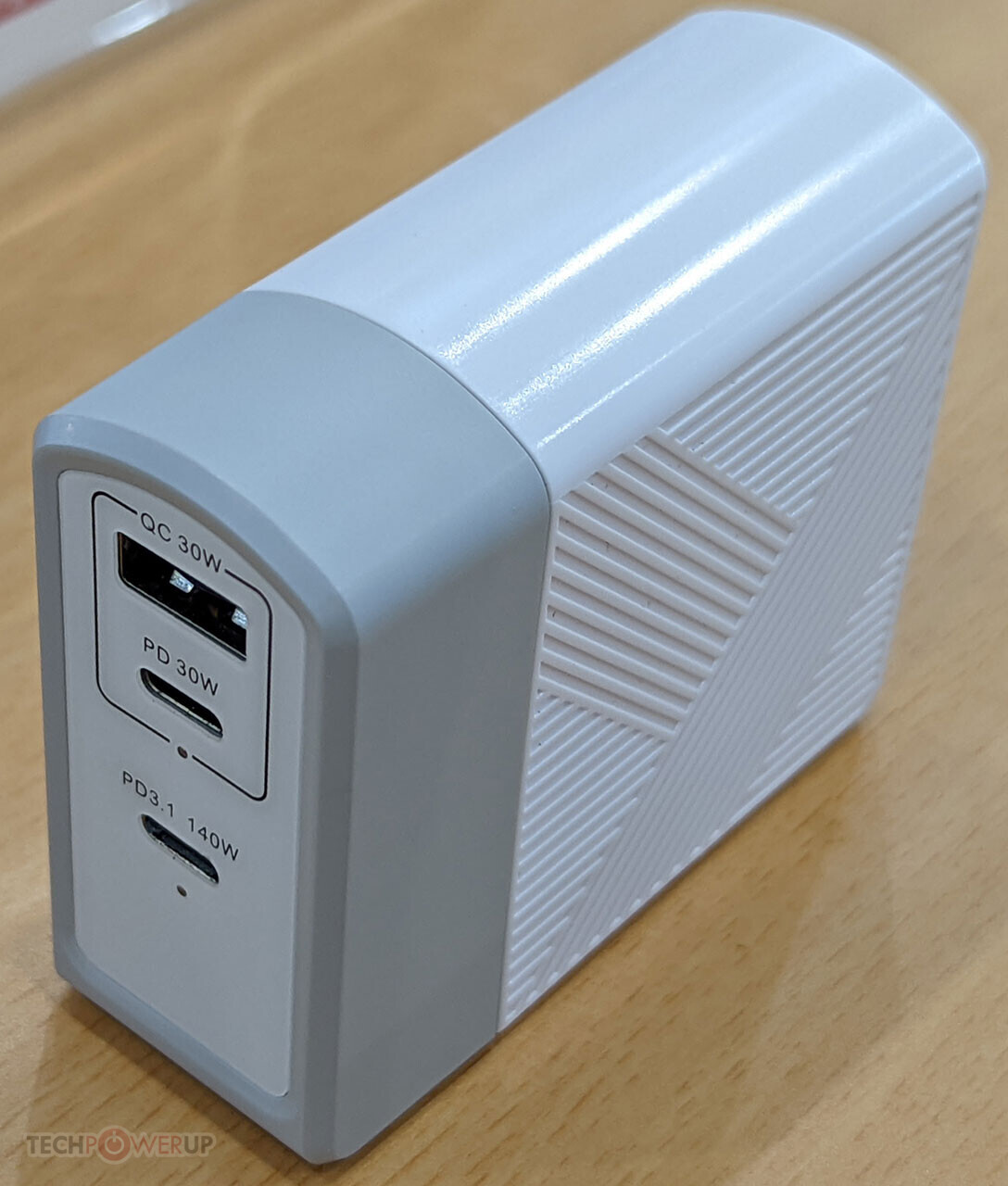 Wii Power also presented another design by the company that offers 240 W output of power and supports three USB-C ports and one USB-A port. One port features the USB PD 3.1 standard, which can provide 140 W through the connector port, and the other can offer 100 W. This particular charger design by the company is an adapter that connects the two outputs into one 240 W power output. The combined power is theoretically suitable for more high-end workhorse laptops.

Wii Power will sanction the last USB-C port and USB-A port for charging devices and peripherals, such as a smartphone or tablets, but the two ports will only be able to produce 30 W each. There is also an integrated display on the power brick to show users the amperage, voltage, and wattage levels that are in use in real-time. The size of this charger is 130 x 80 x 32 mm but is smaller than comparable chargers that are not GaN-based.

The last charger of note from the company is a USB PD 3.1 charger for travel that can produce 140 W or 28 volts at five amperages. Since the three chargers on display appeared to be concepts and not entirely manufactured designs, it is unknown if and when the chargers would see the market place.