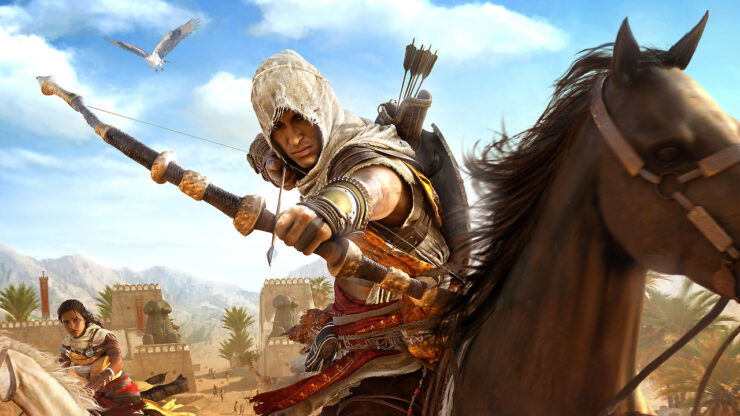 Microsoft has revealed the new titles they’ll be adding to Xbox Game Pass on PC and consoles in early June, and it’s a good update for Ubisoft fans, as Assassin’s Creed Origins and For Honor are being added to the service. Players can also look forward to Ninja Gaiden: Master Collection, the new-release title Spacelines from the Far Out, and more. 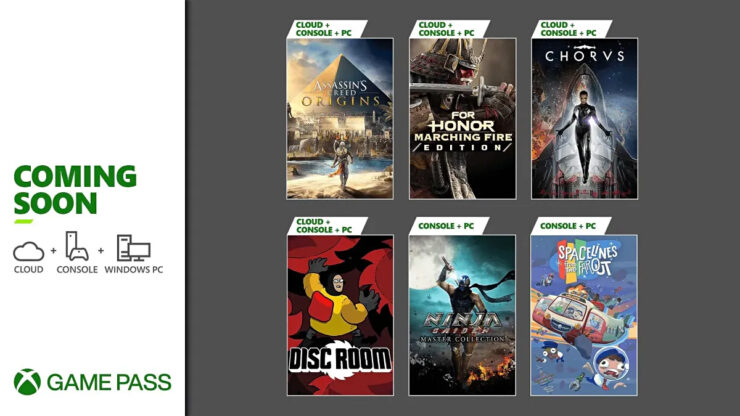 Here are your early-June PC and console Game Pass titles:

Dive into Arcade Mode, an endless PvE experience playable solo or with friends. Defend or attack a castle in Breach, a strategic 4v4 PvP mode. You’ll have access to unique, customizable Heroes across four factions, including the Wu Lin faction, giving you even more choices in how to take to the battlefield!

Enjoy three games from the Ninja Gaiden series in this one title. All of the previously released game modes and DLC costumes for each title are included in this one set. In addition to Ryu Hayabusa, each of the other characters also have many different costumes to choose from, allowing you to enjoy action packed battles in whichever outfit you prefer.

Set in mysterious Ancient Egypt, Assassin’s Creed Origins is a new beginning. Explore the Great Pyramids, sail down the Nile, and unveil dark secrets as you discover the founding of the Assassin’s Brotherhood.

Take control of Nara on a quest to destroy the dark cult that created her. Unlock devastating weapons & mind-bending abilities in this evolution of the space-combat shooter. Along with Forsaken, her sentient starfighter, explore ancient temples, engage in zero-g combat and venture beyond waking reality.

The year is 2089 and a giant disc has appeared in orbit of Jupiter. Step into the oversized space suit of a brave scientist and explore this sprawling intergalactic slaughterhouse. Don’t be afraid to die a little, your next run is just a button press away.

Spacelines from the Far Out (Console and PC) – June 7

Spacelines from the Far Out is a ‘roguelike-like’ co-op management game about airlines in space, featuring unlockable spaceships, upgrades, characters and customizations, randomly-generated challenges, trips and itineraries, with a generous serving of 60s space-age flair and jazz!

What Game Pass titles do you plan on tackling over the next few weeks? I’ll admit, Spacelines of the Far Out looks rather interesting.