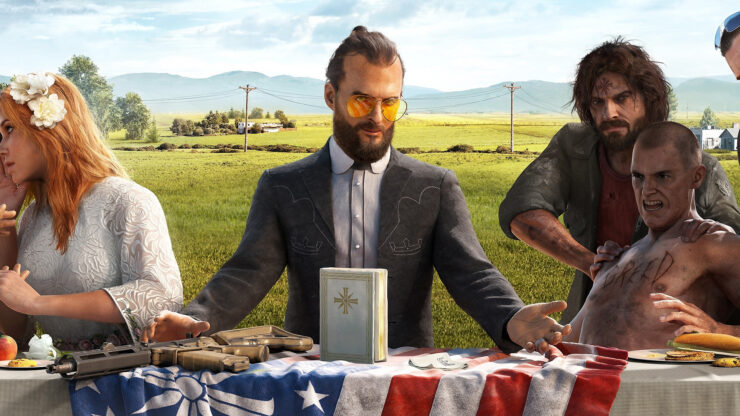 Microsoft has revealed the new titles they’ll be adding to Xbox Game Pass on PC and consoles in late June, and there are some big-sellers on the way, including Far Cry 5, FIFA 22, and Total War: Three Kingdoms. Players will also be able to get their hands on Naraka: Bladepoint the day it launches on console later this month. 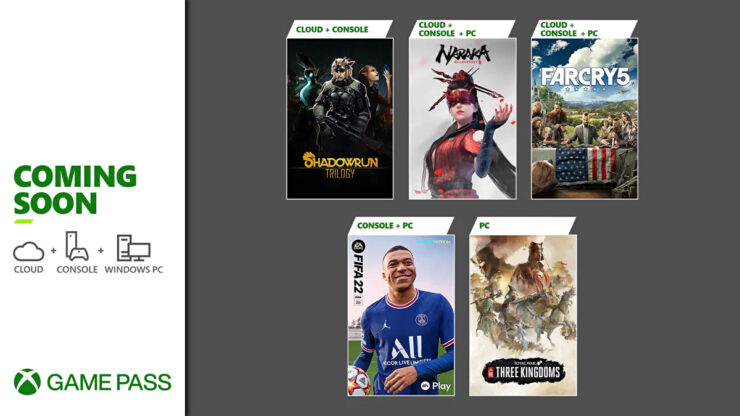 Here are your late-June PC and console Game Pass titles:

The Shadowrun Trilogy comprises 3 cult tactical RPG games taking place in a dystopian cyberpunk future in which magic has re-awakened, bringing back to life creatures of high fantasy. Initially created as a tabletop RPG over 30 years ago, this one-of-a-kind setting that has gained a huge cult following during the past three decades.

FIFA 22 is coming soon to The Play List with EA Play, so PC Game Pass and Ultimate members can experience fundamental gameplay advances and a new season of innovation across every mode. Plus, score monthly recurring rewards like Ultimate Team Stadium Sets, Seasonal XP Boosts, and more. Keep up to date with all the EA Play benefits here!

Welcome to Hope County, Montana, the land of the free and brave, but also the home to a fanatical doomsday cult known as Eden’s Gate. Stand up to cult leader Joseph Seed and his siblings, the Heralds, to spark the fires of resistance and liberate the besieged community.

Xbox Game Pass grants players access to more than 100 games for 10 bucks a month, while Xbox Game Pass Ultimate also gets you Xbox Live Gold and EA Play access — you can check out a full list of available console and PC games here. For a limited time, Microsoft is offering new subscribers 3 months of Game Pass Ultimate or Game Pass for PC for only $1.

What Game Pass titles do you plan on tackling over the next few weeks?