HomeA380You will hate mining Ethereum on the Intel Arc A380 GPU, even...
A380arcDGPUETCethethereumGPUHardwareIntelMiningNewsReportTechnology

You will hate mining Ethereum on the Intel Arc A380 GPU, even if it is possible 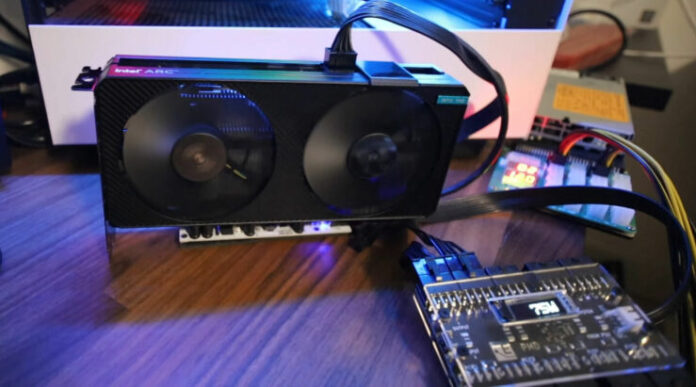 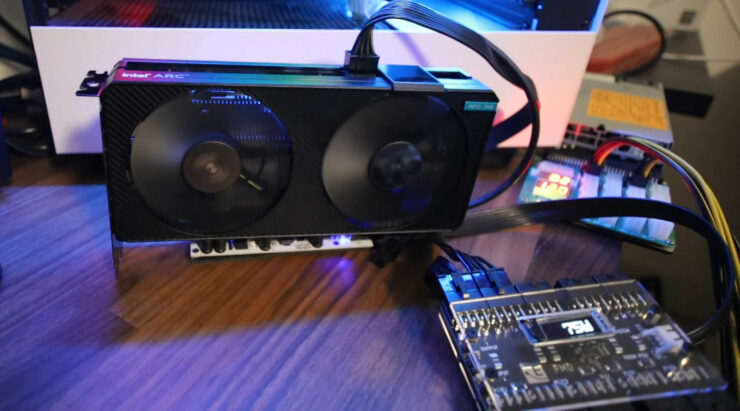 The Intel Arc A380 can produce a nominal 10.2 MH/s hash rate without optimizations or boosting while consuming 75 watts of average power. These numbers are severely low for mining purposes, clocking in under the NVIDIA GTX 1660 GPUs. The memory bus on the Intel Arc A380 is only capable of 96 bits and only eight Xe-Cores. Intel's discrete graphics card can only produce an average of 0.136 MH/s per each Watt, which is 0.244 less than the most widely used GPUs for mining, which offer an average of 0.38 MH/s.

It appears that the Nanominer software from Nanopool is already seen in use on Intel's discrete Arc A380 GPU, confirming the developers' claims of the support added recently.

The website VideoCardz notes that the Intel Arc A380 would only be capable of mining Ethereum Classic (ETC), but not Ethereum (ETH). The total VRAM on the Intel Arc A380 is only 6 GB. Still, if it is the only GPU in use or the primary GPU on the system, the computer's operating system will consume significant resources needed for the DAG file. The DAG file, or Directed Acyclic Graphs, is a mathematical and computational structure that allows for the creation of dispersed systems and networks with many practical parallels to those delivered with blockchain technology. The DAG size required for ETH is 5,127 MB, and the Intel Arc A380 can only produce 4,832 MB — 295 MB less than the required DAG size for ETH.

As reported over the last year, Ethereum is switching to a Proof of Stake model that will become active between September 10th the 20th, which will eliminate the ability to mine ETH with GPUs effectively. It is predicted that crypto miners will change to alternative digital currencies, such as ETC, once the change begins.

Red Panda Mining shows the process in the following video:

The post You will hate mining Ethereum on the Intel Arc A380 GPU, even if it is possible by Jason R. Wilson appeared first on Wccftech.